How Car Passengers Can Obtain ... 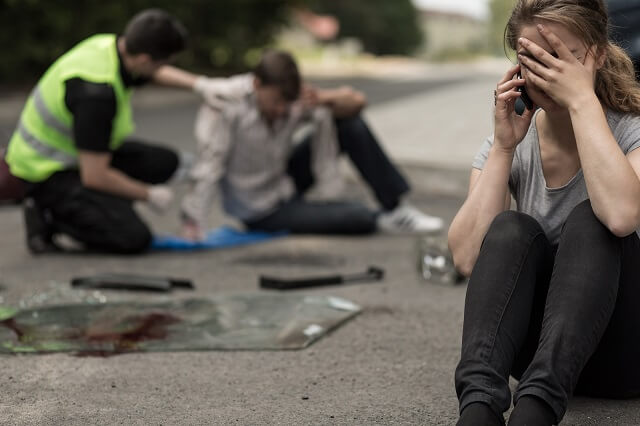 As a passenger who has been injured in an accident in New York, understanding your rights can be somewhat complicated. This is due in large part to New York’s “no-fault” insurance laws, which vary from the auto accident liability laws in most states around the country. However, this should not dissuade you from seeking just compensation. In fact, New York’s no-fault system is actually intended to make it faster and easier to recover the compensation you deserve.

Possible Sources of Compensation for Passengers Injured in Vehicle Accidents

If you have been injured as a passenger in an auto accident, you could have claims for compensation from a number of different sources:

As a passenger, you may be entitled to compensation under your own auto insurance policy. The same applies to any passengers covered by your insurance (such as your spouse or children) if you are behind the wheel when an accident occurs. Under New York’s no-fault insurance laws, all auto insurance policies must include a mandatory minimum of $50,000 in no-fault coverage. “No-fault” means that the insurance company is required to pay the insured’s medical bills, lost wages, and certain other expenses, regardless of who was at fault in the accident. This coverage is also commonly referred to as Personal Injury Protection (PIP).

If one or more drivers were at fault in the accident (including the driver of the vehicle in which you were a passenger), you may be able to file what is known as a “third-party claim” against the at-fault driver’s insurance. However, there are certain limits on passengers’ ability to file third-party claims law. For example:

In a serious accident, a victim’s financial losses can easily exceed $50,000, and many auto accident victims suffer pain and suffering and other “non-economic” losses as well. These losses would not be covered by your PIP coverage (unless you purchased coverage above the mandatory minimum), but they could be covered by a third-party claim. If you suffered losses that are not covered by your own PIP coverage, it is critical to speak with an attorney regarding the options that are available for protecting your legal rights.

3. Other Parties that are Financially Liable

Another potential source of compensation for injured passengers is to file a claim against another party (other than one of the drivers) that was at fault in the accident. These types of claims are common in a variety of types of accidents, including bus and truck accidents in which the driver’s employer or the vehicle’s owner may bear ultimate financial responsibility. An accident or injury caused by a vehicle defect (such as faulty brakes or a dangerous airbag) would be another situation where a third-party – in this case, the vehicle manufacturer – could potentially be liable for the victims’ injuries as well.

At Stenger, Roberts, Davis & Diamond, LLP, we regularly represent auto accident victims in Poughkeepsie, Wappingers Falls, and throughout the Hudson Valley. If you would like to speak with someone about your accident, feel free to call us at (866) 290-6929 or contact us online today.