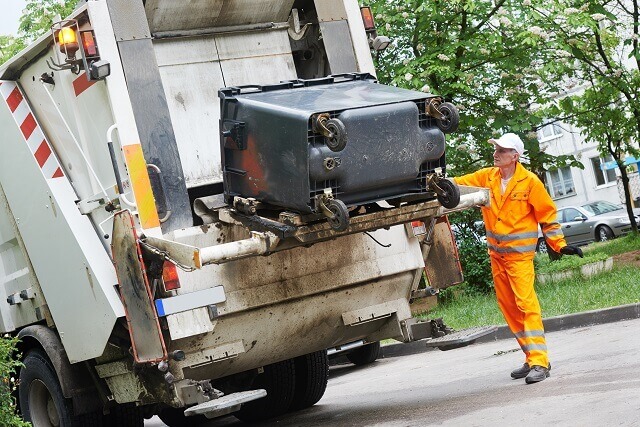 As of November 1, 2016, it is illegal to zoom past a sanitation vehicle in the Empire State. That is because a new law passed during the summer and signed by Governor Cuomo now designates garbage trucks and many other waste collection vehicles as “hazardous vehicles.” Drivers must slow down and take caution as they approach sanitation vehicles. The law became effective approximately one year after a garbage services employee was killed in Tioga County.

New York is 12th State to Enact Such “Slow Down” Laws

New York joined 11 other states that have passed so-called “Slow Down to Get Around” laws. The new law defines the types of vehicles covered by the “slow down” statute as any motor vehicle having a rear compaction function that is intended for the collection of refuse. Motorists must reduce their speed when passing such a vehicle that is illuminating its flashing lights. The law supplements a different “Move Over” law, passed in 2012, which requires drivers to slow down when passing a construction zone or public safety vehicle with flashing lights.

Violations of the new state law regarding garbage trucks can bring a fine of as much as $150 and, in some particularly egregious circumstances, violations can even result in a jail term of up to 15 days.

Employment statistics gathered by the U.S. Department of Labor indicate that refuse collection is one of the most dangerous jobs in America, and that workers in garbage collection and handling have the fifth highest rate of injuries, accidents, and fatalities among other workers. Studies show that in order to perform their work activities safely, sanitation workers need a safe area of approximately 50 feet near the rear of their vehicles.

Congestion and Driver Impatience Can Be a Dangerous Combination

For some time now, traffic experts have described how garbage collection can cause the sort of congestion that can lead to vehicle crashes. The phenomenon is known as a traffic wave. One vehicle stops for the garbage truck and one by one, the vehicles behind it also have to slow down and stop. Even when the first vehicle makes its way around the garbage truck, it takes time for the “wave” to reach the back of the line. The resulting congestion can cause some short-tempered drivers to lose patience. The loss of patience in turn can easily lead to rear-end collisions. Traffic experts also caution that congestion in one area can even lead to serious accidents after a driver has moved through the congested area as the driver, frustrated by having his or her pathway obstructed, may vent his or her frustrations far down the road with aggressive driving actions.

Congestion, road rage, and other traffic situations can lead to serious accidents and personal injury. You may have hospital and other medical bills that need to be paid. You have suffered from lost time from work. It isn’t at all uncommon for accident victims to suffer from chronic pain and other problems. In many cases, you can recover money damages for your pain and suffering and other losses. In most cases, however, you need a strong, experienced attorney to be your advocate. The law firm of Stenger, Roberts, Davis & Diamond, LLP not only has the skill, but the experience and resources to help you recover the damages that you may deserve. You may be able to recover even if some of the fault can be attributed to you. When clients hire Stenger, Roberts, Davis & Diamond, they hire an entire team, not just one attorney. We have versatile teams of attorneys that work together to attack cases from every angle. We pool all of our resources to ensure our clients get their ideal outcome. Call us at (866) 290-6929 or complete our online form.