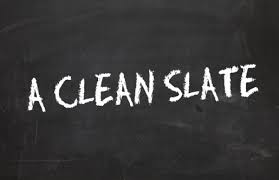 Criminal Conviction Holding You Back?

Find Out If You Qualify To Have Your Conviction Sealed

Until a few months ago, the right to seal criminal records in New York was very limited and unlike other states, New York does not allow you to expunge (permanently erase) your criminal history. As of October 7, 2017, however, a new law provides candidates with eligible convictions the ability to apply for permanent sealing. With that, we were able to help a client with a Class D Felony qualify to have his criminal record sealed after nearly 24 years.

Back in August of 1993, while a young adult, our client had been convicted of Criminal Sale of Marijuana—a Class D Felony in New York. Our client turned his life around and went on to lead a life free of any further criminal activity. Wanting to pursue a career in finance, however, the felony conviction had limited his ability to obtain employment in his industry, build partnerships with big corporations, and secure financing to grow his own company. Jessica Segal, a litigation attorney at SDG Law filed a motion for him on October 11, 2017, and the Decision to seal his records was granted on January 16, 2018.

Getting this felony conviction sealed lifted the shadow of shame and legal restriction that followed him for so many years. It was a true joy to hear the relief in his voice when I told my client he was granted what eluded him for over two decades.

Not everyone will be able to take advantage of this law. To be eligible, you must be:

A criminal conviction often affects your ability to obtain or keep employment, obtain student loans, immigration status, housing, public benefits, and in the case of a felony, your ability to vote or serve on a jury.

The decision on whether to seal is ultimately at the discretion of the sentencing judge who will consider factors such as the amount of time elapsed, the nature of the crime, efforts at rehabilitation, opinion of the victim, opinion of the District Attorney, the effect the sealing will have on the defendant’s future, and the risk, if any, to public safety from the sealing. If necessary, a hearing can be conducted before final determination is made.

Are you affected by your past criminal conviction? If you have any questions, or would like to begin the process, please contact Jessica Segal at our office for a consultation.