When the Paper Pushes Back 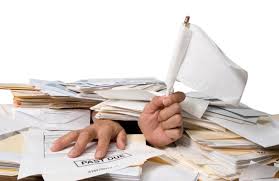 When the Paper Pushes Back

We all know someone who refers to lawyers as needless paper pushers. Some people say they don’t need a lawyer because a handshake is good. Some people say that they can read and write as well as any lawyer and don’t need to pay someone to do it for them. Often, these same people are the most surprised when they find out that the other party to the handshake, or the writing, suddenly does not agree as to its meaning. That’s when they hire a lawyer and spend thousands of dollars more than if they had hired a lawyer in the first place. That is when the paper pushes back.

The internet has made a lot of money on people who believe that lawyering can be reduced to a set of forms that only require blanks to be filled in correctly to produce an agreement that will hold fast in the future. Unhappy married couples routinely print forms from one website or another, complete their divorce forms, and then unhappily find that the result they hoped to get is exactly the opposite of the one they are about to receive. That is when the paper pushes back.

I had a case involving a professional couple. Their marriage foundered. They wanted to be fair with each other. They researched the issue on the internet. They downloaded the document. They filled in the blanks. They got divorced. The problem in the documents did not emerge until nearly a decade later.

Several years later, the husband’s brother started a lawsuit to foreclose the mortgage. He wanted to be paid. He claimed a debt in excess of $100,000. He sought the sale of the former marital residence from which he would be paid his debt. The marital asset was no longer owned by his brother. It was owned by his former sister-in-law.

What the husband and wife had failed to plug into the form, nearly a decade earlier, was now a hotly contested issue between them. Nothing within that agreement said which party should pay the debt owed by the husband and now secured by the wife’s residence.

The law has rules which are applied to circumstances when the parties to an agreement, whether made orally or in writing, do not or cannot agree upon the implications of the promises that they made to each other. When that occurs, the legal rule is applied to the facts of the case. That application establishes an objective declaration of the rights of the parties in the matter irrespective of their personal recollection of what they meant.

Here, the circumstances of the conveyance presented nothing truly extraordinary.

People convey property to each other, subject to the lien of existing mortgages, all the time. That circumstance is usually recited in the deed. However, the failure to recite it in the deed does not relieve the conveyance of the continuing lien of the mortgage. Only payment of the debt secured by the mortgage will have that effect.

Here, however, the husband claimed that the wife owed payment to his brother because, in taking title subject to the mortgage, she obligated herself to make that payment. The ordinary jargon for such a circumstance is that she assumed the payment of the mortgage. Yet, there was nothing on the face of the deed said that the wife intended to assume the mortgage.

It reads in pertinent part as follows:

“No grantee of real property shall be liable upon any indebtedness secured by a mortgage thereon executed prior to the time of the conveyance of the real property to the grantee […] unless such grantee shall simultaneously with the conveyance to him of such real property execute and acknowledge, before an officer authorized to take acknowledgments of deeds, a statement in writing stating in substance that such grantee assumes and agrees to pay such mortgage debt and giving the specific amount of the debt assumed. The execution and acknowledgment by a grantee of the deed of conveyance to him containing such written statement shall be sufficient compliance with the provisions of this section.”

As noted before, there was nothing in the deed to the wife which contained an agreement by the wife to assume her husband’s debt. Even if the wife orally promised the husband to make such a payment, there was no document evidencing her intention to do so. Thus, the husband’s claim against the wife for payment of his brother’s debt was barred by the statute.

Notwithstanding that circumstance, the husband persisted in his claim against the wife. He argued that even if the legal niceties of the deed were not followed between he and she, their separation agreement established the wife’s obligation to pay his debt to his brother.

The husband’s argument ran afoul of the rule of merger.

In addition to statutes which set basic standards in the enforcement of contractual obligations when the parties to the contract no longer agree as to what was intended by it, the common law sets rules for the actual performance of those contracts. The common law is not adopted by the legislature. It is not a statute. It is a study of human behavior by judges who have handed down decisions over the past 300 years which embody what the law deems to be a reasonable expectation between parties to a contract absent a controlling statutory standard.

The doctrine of merger is an example of the common law at work. The doctrine states that the promises made by persons to a contract are deemed merged into the performance of that contract once that performance is made by one party and accepted by the other. Once the contract is performed, you can’t go back. The purpose of the rule is obvious: It is to deny persons who suffer seller’s or buyer’s remorse from reopening and litigating a contract already performed.

Here, the husband, without the assistance of counsel, made his performance by executing a deed and delivering it to the wife without including the language required by General Obligations Law § 5-705 to support the assumption of a mortgage debt in that circumstance.

As far as the common law is concerned, once the wife accepted the deed, that was it. The performance of each party is merged into the conveyance of the deed. No matter what was said in the separation agreement, the promises made in the separation agreement were deemed to have been merged into the delivery of the deed and, therefore, no longer had any effect between the parties.

As a result of the foregoing, the husband was obligated to pay to his brother the debt he owed him. The wife was free and clear of that obligation. The paper had pushed back on the husband.

There is a thin line between self-help and self-destruction. You don’t have to cross that line. If an agreement is important enough to make, then you should call Stenger, Diamond & Glass, LLP to help you get it right. You don’t want to be sure in your position only you find out that you had it wrong right from the very beginning. You don’t want to be on the wrong end of the paper when it pushes back.